Any member of the 4 Okanagan Stamp Clubs can post a FREE ad in the classified section.  Please submit your ad copy and pictures to your club liaison officer for publication in the website.  Club liaisons are:

FOR SALE or WANTED 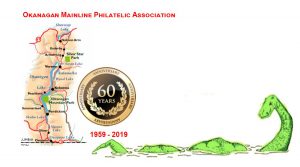 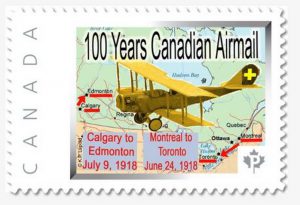 ail – In 1918 two historical flights took place in Canada where mail was transported the first time by plane. The first flight was from Montreal to Toronto and the second from Calgary to Edmonton. Kelowna’s Peter Lepold designed a new stamp which commemorates both flights. Aside from the stamp a FDC  & card was created which provides details of the flights.

100 Years German Airmail – in February 1919 when a new German government was formed in the city of Weimar mail was transported to the capital Berlin. Canada Post printed a small number of stamps under their picture postage program which commemorates the beginning of airmail. In addition to the stamp there is also a First Day Cover and a First Day Postcard.

Cost for each stamp is $5.00, and covers and cards are $7.00 plus postage. Larger purchase qualify for a discount.